We will open at 8:30am and close at 4:00pm Monday to Thursday and 3:30pm Friday. We are NOT operating our out of hours call out service at weekends.

The safety and wellbeing of our customers and colleagues is always our number one priority and we will therefore endeavour to continue to provide the service and customer care we are known for, adapting to the situation where we can to keep you safe and our customers with heating and hot water.

The cookie settings on this webpage are set to ‘allow all cookies’ to give you the very best experience. If you continue without changing these settings you consent to this - but if you want to you can change your settings at any time at the bottom of this page.

From the mid-1990s renewable energy began to contribute to the electricity generated in the United Kingdom.

Renewable energy contributions are set to meet the UK's 15% target reduction in total energy consumption by 2020, in accordance with the 2009 EU Renewable Directive.

Interest in renewable energy in the UK has increased in recent years due to new UK targets for reductions in carbon emissions and the promotion of renewable electricity power generation through commercial incentives such as feed in tariffs (FITs) and the promotion of renewable heat through the Renewable Heat Incentive (RHI). Historically hydroelectric schemes were the largest producers of renewable electricity in the UK, but these have now been surpassed by wind power schemes and solar energy for which the UK has large potential resources. 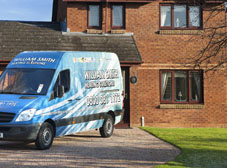 GET AN INSTANT QUOTE BY CLICKING HERE